Accountancy colleagues take the plunge from 15,000ft in the sky for charity

CO-WORKERS from a top accountancy firm took the plunge for charity as they successfully completed one of the highest skydives in the UK. 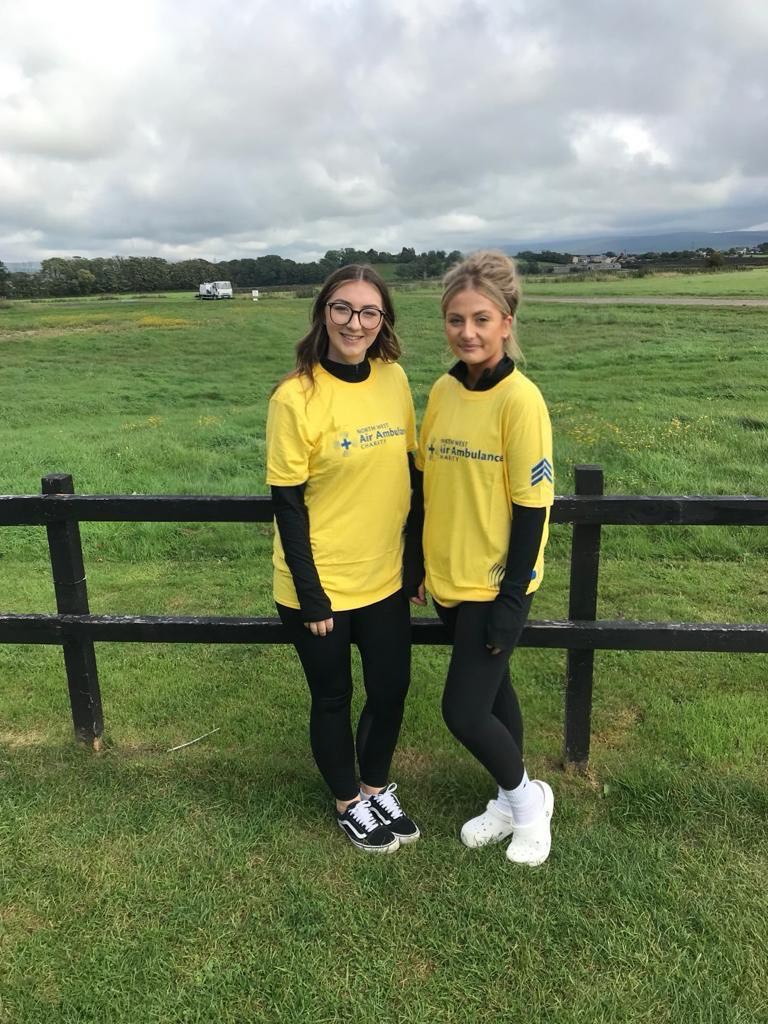 Reaching speeds f around 120mph Becky Cronin and Catherine Steur, who work at Ulverston-based JF Hornby Ltd, jumped from a staggering height of 15,000ft at the Black Knights Parachute Centre in Lancaster.

The pair smashed their fundraising target and have raised more than £1,300 for the North West Air Ambulance. Since the start of the year the organisation has so far received a 10 per cent spike in callouts.

Catherine said if anyone was keen to do a challenge to help raise money for a charity but wasn’t sure what to do she recommended taking on a skydive.

She added “I just can’t describe how it felt being that high above the clouds, it was unreal.

Leading up to the challenge I was nervous but it was an unbelievably great experience and I would definitely do it again.

“If there was anyone who was keen to also raise funds for a charity who wasn’t sure what to do I would suggest doing a skydive. The experience is unforgettable and you’ll never do anything like it again, plus if you’re nervous you just have to think of the charity that you’re helping raise funds for.”

Catherine and Becky were keen to give back to the NWAA as a way of saying thank you for saving lives during an incredibly difficult year and protecting the Lake District.

The charity has already received 144 callouts in Cumbria since last August.

Becky, who recently achieved a BA hons degree in Accounting as part of the JF Hornby apprenticeship programme, said: “We really just want to say thank you to everyone who has donated, we are really grateful.

“It was an exciting day and certainly one I won't forget but more importantly we are pleased that we are able to give back to the NWAA. The work they do is incredibly important to us and the community and it’s imperative we continue to show our support as one day we may need their services.”