A few years ago the Autumn Statement were words you rarely heard outside accounting circles however today its very much a side show to the main Budget in March. 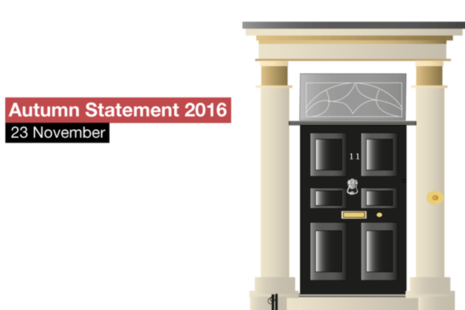 Almost billed as a mini budget the Autumn Statement highlights the impending changes we will see going forward. This year is very much in the media attention as we look at the post Brexit implications for British business. We get a first chance to see new Chancellor Philip Hammond in action and a shift in policy from the austerity measures his predecessor had put in place.

The government is still trying to decide what the Brexit vote will mean for Britain but Mr Hammond we will want to make the Country as attractive as possible. This is from a backdrop the Country won’t now be in surplus by the end of parliament.

Our predictions would be as follows;

1. Pre Brexit there was talk of dropping Corporation Tax to 15% but it appears this is not going to be implemented. Expect to see Corporation Tax reduced quicker than originally planned (but not to 15%) to encourage the bigger companies to remain in the UK.

2. The Government has a manifesto commitment to raise the personal allowance to £12,500 and the higher rate threshold to £50,000 by the end of this parliament which is scheduled for spring 2020. It is highly unlikely the Chancellor will renege on those promises even though it will be expensive – costing an estimated £8bn by 2020. Therefore expect these rates to be confirmed.

3. The previous Chancellor suggested that the rate for annual investment allowance would remain at £200,000, for the life of the parliament, but given the current uncertainty the Chancellor may look to get businesses trying to make investment decisions during the transitional period, by increasing the allowance. This would benefit businesses by giving 100% tax relief for expenditure on capital assets against their profits.

4. Look out for a further reduction in pension tax relief. The current restriction begins at £150,000, this could perhaps be pegged back even further. This would reduce the number of higher rate tax payers putting funds into pensions and reduce the tax loss for the Government

5. An easy way for a Chancellor to raise money is to raise VAT. The UK rate of 20% is already one of the lowest in the EU; some countries charge 25%. Raising VAT would put up prices in the shops and slow down the economy but on the other hand a cut in VAT would boost the economy, so a short-term time-limited cut is possible. Finely balanced but we do not expect a rise in VAT or a short-term cut. Instead he may fiddle at the edges, bringing things into VAT that are currently exempt or zero rated (remember the pasty tax??) and announce a tougher clamp down on evasion which costs nearly £13 billion a year.

6. Finally the rules for taxing interest on savings are ridiculously complex and almost impossible for clients to understand. The first £1000 of interest is tax-free but that is cut to £500 for higher rate taxpayers. There is also a band of £5000 above the personal allowance where the tax can be 0% if other income is below the personal allowance. The Chancellor will probably make some changes to tax on interest to try to simplify it. But he will stop short of ending all tax on interest for those who are better off.