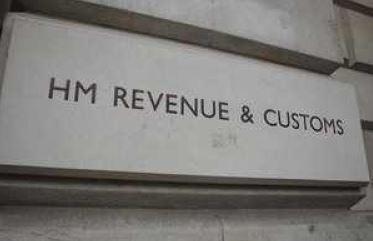 HMRC’s tough application of careless error penalties shows no sign of yielding as two recent tribunal decisions have confirmed the fines imposed on a pensioner and a recent widow.

Both penalties were for what HMRC deemed to be carelessness. John Graham, the pensioner, was hit with a £318.48 fine for incorrectly filling in his tax return. In the other case, Aileen Bryson received a fine of £748.16 related to undeclared income. Both parties had already settled the outstanding tax liabilities and held unblemished records as taxpayers.

In the current tax system, a genuine mistake means no penalty. The next degree of guilt is termed as “lack of reasonable care” which carries a penalty of between zero and 30% of extra tax due. The line between these two degrees of guilt, as identified in the tax code, seems to be blurring.

In Graham’s appeal, he erroneously recorded his gross pensions in box 10 of his self-assessment return, entering the net figure instead. Graham also recorded a sum of tax deducted of £2,497 in box 11 when, in fact, only £467 had been deducted. The correct amount, the tribunal report notes would’ve been found on his p60, but Graham used bank statements instead.

In Bryson’s appeal, the widow surrendered a life policy in 2012 to produce funds she could invest in her then husband’s business. Her husband died suddenly in 2013 and, Bryson told the tribunal, the rest of 2013 was spent dealing with her loss. She also assumed directorship of her deceased husband’s company. She admitted that she completed her tax return at “the last minute” on January 31, 2014.

Later that year, Bryson received a letter from the tax authority stating there had been a check of her self-assessment tax return because HMRC had received information of a chargeable gain of £24,939 on a UK life insurance policy that was not declared on her return. Bryson told the tribunal that this was the first time the matter had been drawn to her attention.

She argued that HMRC seemed to expect “perfection” and refused to consider her exceptional, onceoff circumstances. Both she and the tribunal noted that she had paid the outstanding amount (and interest) - but still received a (reduced) 15% penalty for her carelessness.

In dismissing Bryson’s case, the judge said he “carefully considered the circumstances of [Bryson’s] husband’s death which in certain circumstances might have mitigated the penalty”. But, the judge added, “the period of nearly nine months from the date of [Bryson’s] husband’s death to the date the tax return had to be submitted the gap was too long and that this remedy was not an option open to the Tribunal”.

Referring to Graham’s case, the same judge said he is “not unsympathetic” to Graham, but there “is a burden and responsibility on the individual taxpayer to provide accurate figures”.

Previously a HMRC spokesperson labelled claims it was taking a harder line on penalties to raise revenue were “nonsense” and a “routine refrain about everything we do. It has nothing to do with raising revenue.”

If you are at all unsure about completing your own tax return under the current hard regime of punishing mistakes it always makes sense to seek professional advice.