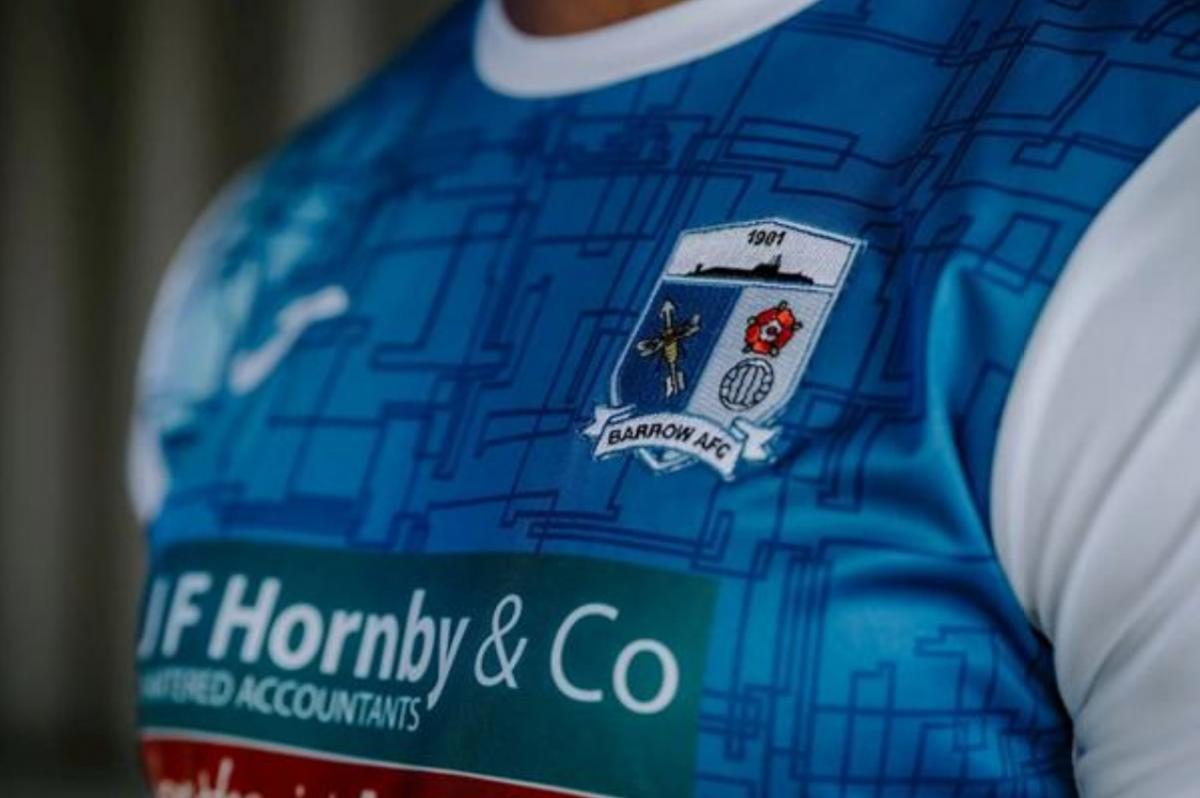 The new kit, unveiled today, proudly sports the logo of the firm, twice named UK Accountants of the Year, on the front of the first-team jersey.

League Two outfit Barrow secured a second season in the English Football League after finding a vein of form towards the end of the covid-hit 2020/21 season.

Now, with season ticket sales into four figures, the club is eyeing a return to action in August at a packed Holker Street Stadium.

Paul Hornby is the managing director of JF Hornby & Co and is also the chairman of Barrow AFC.

He said: “The association between JF Hornby and Barrow AFC is very special to myself and the wider team at Hornby’s.

“Our support for the club predates my involvement as chairman by a number of years, and the reasons we got involved back in 2016 are the same reasons we have chosen to continue our relationship.

“Barrow is a club with a fantastic and proud history and is at the heart of its community. It has a loyal band of supporters, volunteers and a growing number of staff members who give everything they have to ensure its success both on and off the pitch.

”There have been some exciting developments in the close season period and I’m very much looking forward to seeing the team line up from August with the J F Hornby & Co logo on their shirts.”

For the first time in their history, Barrow AFC were featured in the globally popular FIFA franchise, with the J F Hornby logo featuring prominently.

That will again be the case, as the newest instalment of the game is released in October.

With fixtures for the reason now released - Barrow’s first game is away at Stevenage on August 7 - the countdown to another year in the football league is on.

He said: “Our sponsors are so important to us; their commitment contributes to the ongoing success of the club. In JF Hornby & Co, we have a loyal local business that has been with us over the last five years and has now signalled its further commitment to the club.

“We’re delighted to once again have the logo of this fantastic, family-owned business on the front of our shirts and so pleased that our collective association continues.”